What is Spiritual Awakening?

Stop Your Mind, Open Your Heart, Discover your True Nature

This is your time to shine as your true Self

“That which comes and goes, is born and dies, is the ego. That which is always here, never changing, and empty of all qualities is the Self.”

Self-realization is the living possibility for everyone to awaken from the trance of egoic identification and find fulfillment, freedom and love. As our old world is collapsing, this possibility is growing and spreading from heart to heart.

Perhaps like many of us, you have checked out different teachers, teachings or sacred substances. You have had deep experiences and moments of true transcendence. But you were never fully satisfied. Your life may be better, less stressful, more open, more compassionate, but still you know in your heart that there is more.

If you are unwilling to settle for “good enough”, there is a true possibility that you haven’t looked in the right direction or asked yourself the deepest questions.

The Essential Desire: What Do You Really Want?

Most of us go about our lives without ever engaging with this question in a meaningful way. We tend to respond in terms of what we already have and want more of, or less of, or what we don’t have, what we want to fix or get rid of, what we want to change, keep or increase.

But if you are reading these words, you may have already discovered that none of these answers are truly satisfying. They arise from our conditioned egoic mind, which, by construction, is limited, separate and lacking.

If you have realized that changing jobs, partners, locations and “trying” to be present ultimately fail to deliver lasting peace, then you are ready for something deeper. So long as you identify with the ego and experience yourself as separate, there is a correspondingly deep and true longing for union. So long as you believe you are bound, or faking it, there is a deep and true desire for freedom.

Once this desire for freedom arises in a life-stream, it is the call of the heart to cut your identification with the egoic mind and return home to your true nature as formless, timeless, immortal love. If you are here and you are still reading, you are ready to realize this. We have appeared in your life to support you.

What is Spiritual Awakening?

“Know yourself” Temple of Appolo, Delphi 500bc

Spiritual awakening comes as a result of deep and honest self-investigation -  it is the direct realization that who you truly are is empty and free. It is the end of identification with a limited separate person and the beginning of a true life as boundless, loving Presence - happy and free. Acting out of ego and calling it “being myself” always leads to suffering. You must already know this on some level, or you would not have read this far.

“When you can recognize who you are not, then there is a possibility to wake up and discover who you really are.” 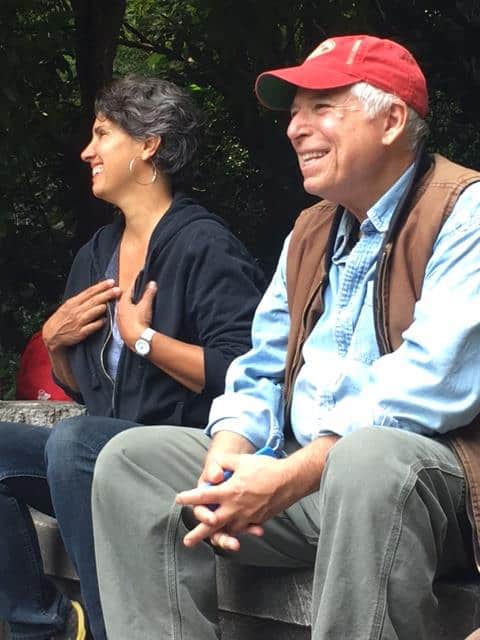 How can we support you to awaken to your true nature?

We offer skilful, honest, loving and direct support for your self-discovery and deepening through online & in-person retreats and personal mentoring. All trauma, neurosis, fear and rage can be met and finished in the awakening of your self-realization.

The Essence of Our Work

Our teaching supports true self-reflection and is rooted in the capacity to be a true friend to the world. Out of this comes skilful means:

Ways for us to meet 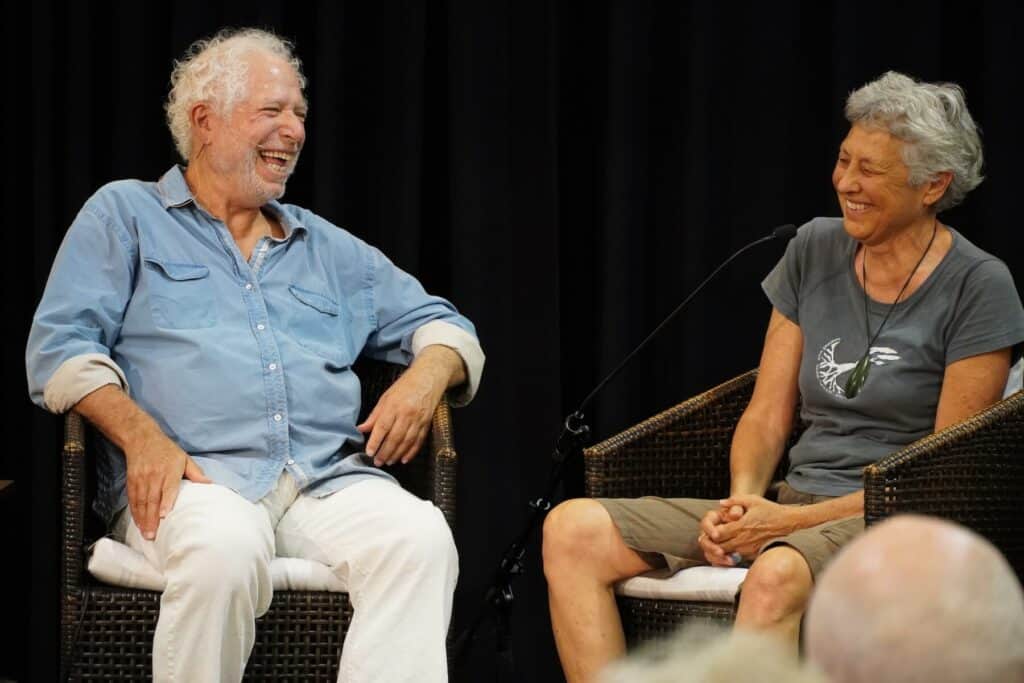 Become a member. A monthly opportunity to meet online and to ask your burning questions directly to Eli in an intimate and supportive setting. Engage with your insights, watch as others share their openings and challenges and see the deep possibilities unfold before your eyes, all held in silent presence. 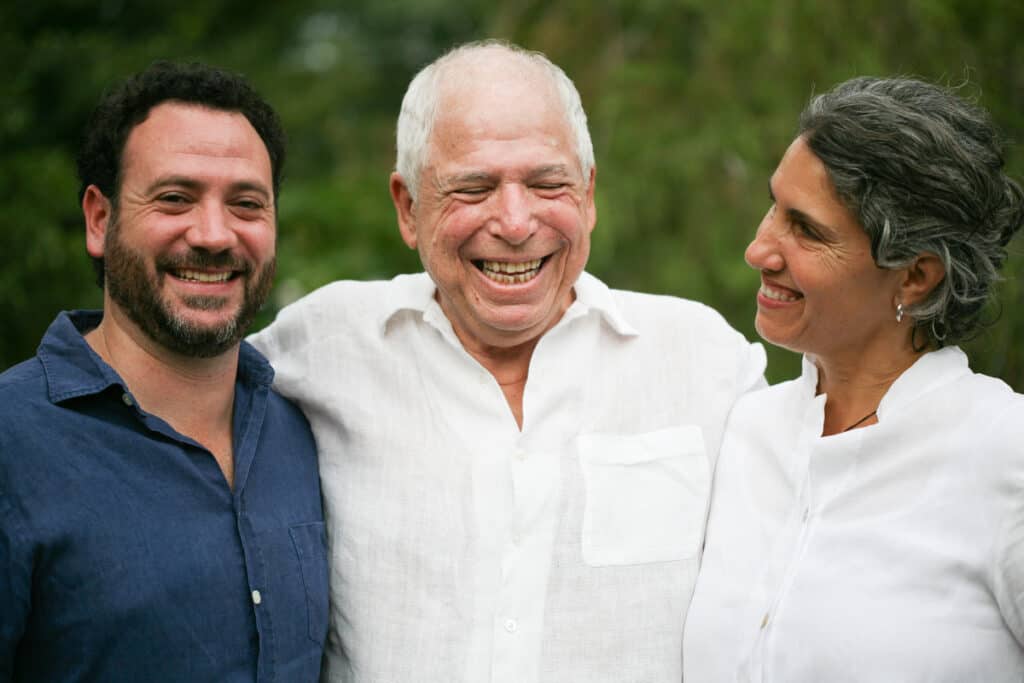 View Calendar. Online and in-person support for those who are ready to go deeper. Set aside a few days to meet yourself fully and expose yourself to yourself. Discover who you are. Deepen your realisation. 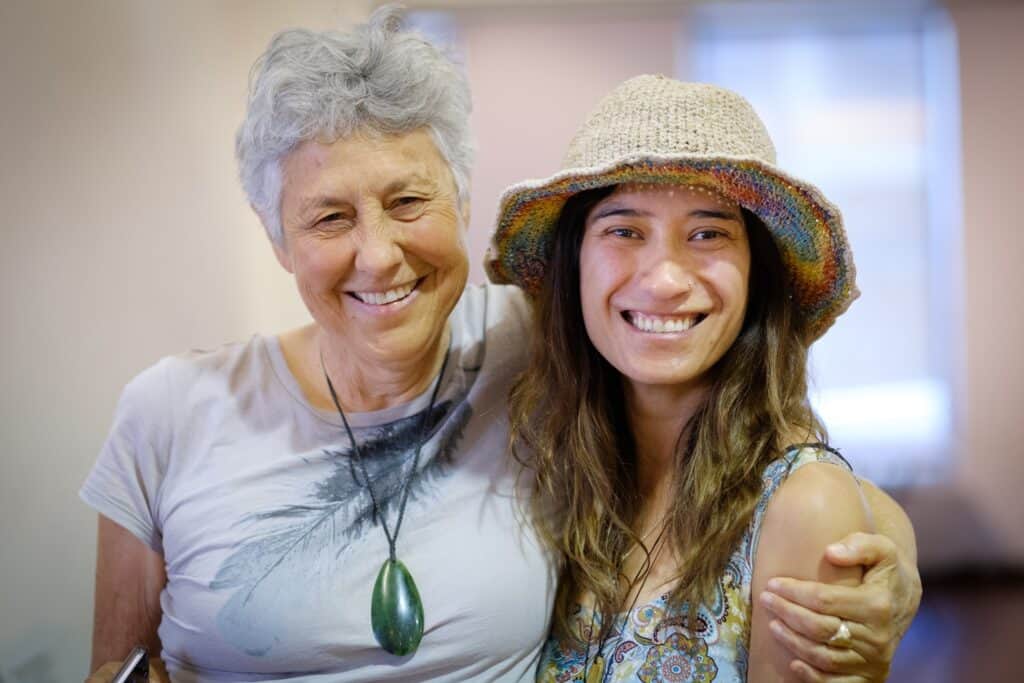 Book a consultation with a mentor. Unique dedicated 1:1 online mentoring with an experienced teacher or mentor. These meetings can help you address personal blockages, heal old wounds and receive intensive support for your self-realisation.

These meetings are for you if you:

About Eli Jaxon-Bear - Founder of the Leela School 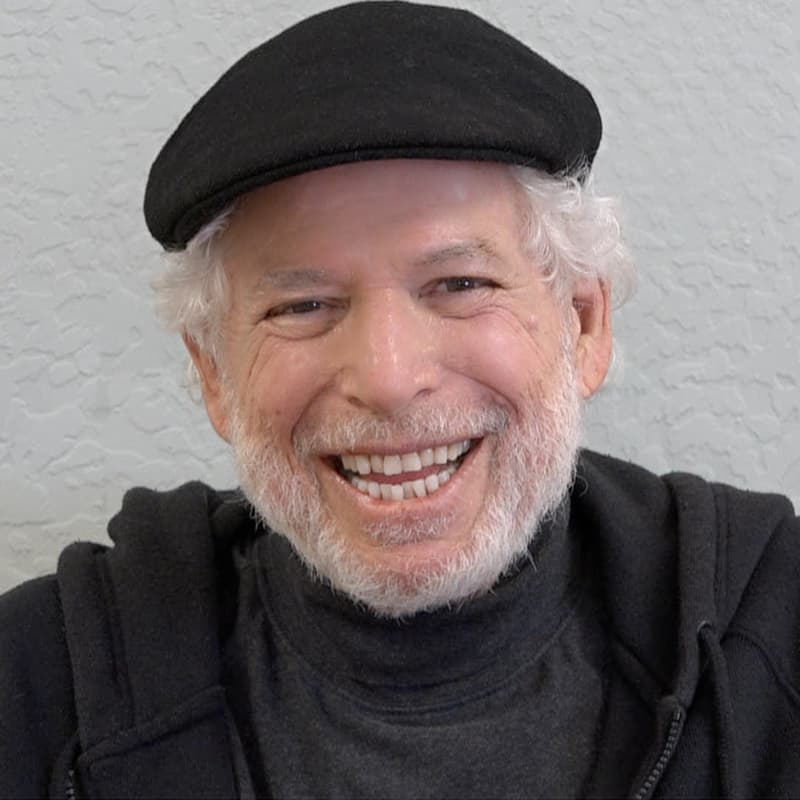 He called his meeting satsang. Nothing to practice. Nothing to do. Full stop without moving.

“What comes and goes is not real. Reality is unchanging. Find what does not come and go, was never born and will never die. And you will find freedom.”

Along the way I had been the head of a Tibetan Buddhist dharma center, I had been initiated into a Sufi clan in Morocco, I had met and spent time with different gurus and was presented with a Zen Teaching Fan in a Japanese Zen Temple by the oldest living Zen master at the time. But I had never heard of satsang. I was searching for the end of mind and it was transmitted by my teacher through satsang. Satsang has now spread around the world. Satsang is self-inquiry in the presence of a silent mind.

I brought my wife to him and he named her Gangaji. He asked us to take this door to door. Knowing that I was training therapists at the time, (1990), he said “Let both client and therapist wake up”. The Leela School is a fulfillment of this  assignment.”

“If you can fly, fly

If you can’t fly, run

If you can’t run, walk

If you can’t walk, crawl

But by all means keep on moving towards freedom.”

I was an 18 year old college student in Montgomery. Posse-men on horseback had just beaten back our march. Hearing Dr. King speak these words changed my life. I got on the freedom train and never got off.  This commitment to freedom eventually led to a profound awakening that started an 18-year spiritual search. I travelled the world and into various teachings, with different teachers, until I finally found what I was looking for -  someone who transmitted silence and freedom just from sitting in his presence. 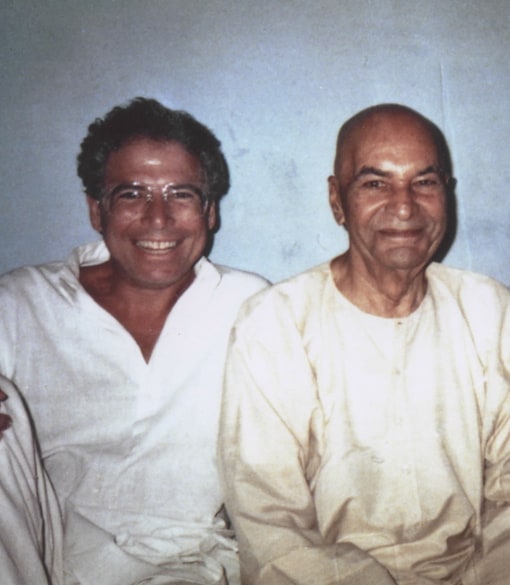 Author: Wake Up and Roar: Satsang with Papaji, Sudden Awakening: Stop Your Mind, Open Your Heart, Discovery your True Nature, From Fixation to Freedom: The Enneagram of Liberation, An Outlaw Makes it Home: the Memoir of a Spiritual Revolutionary, and The Awakened Guide: A Manual for Teachers, Leaders, Coaches, Healers and Helpers.