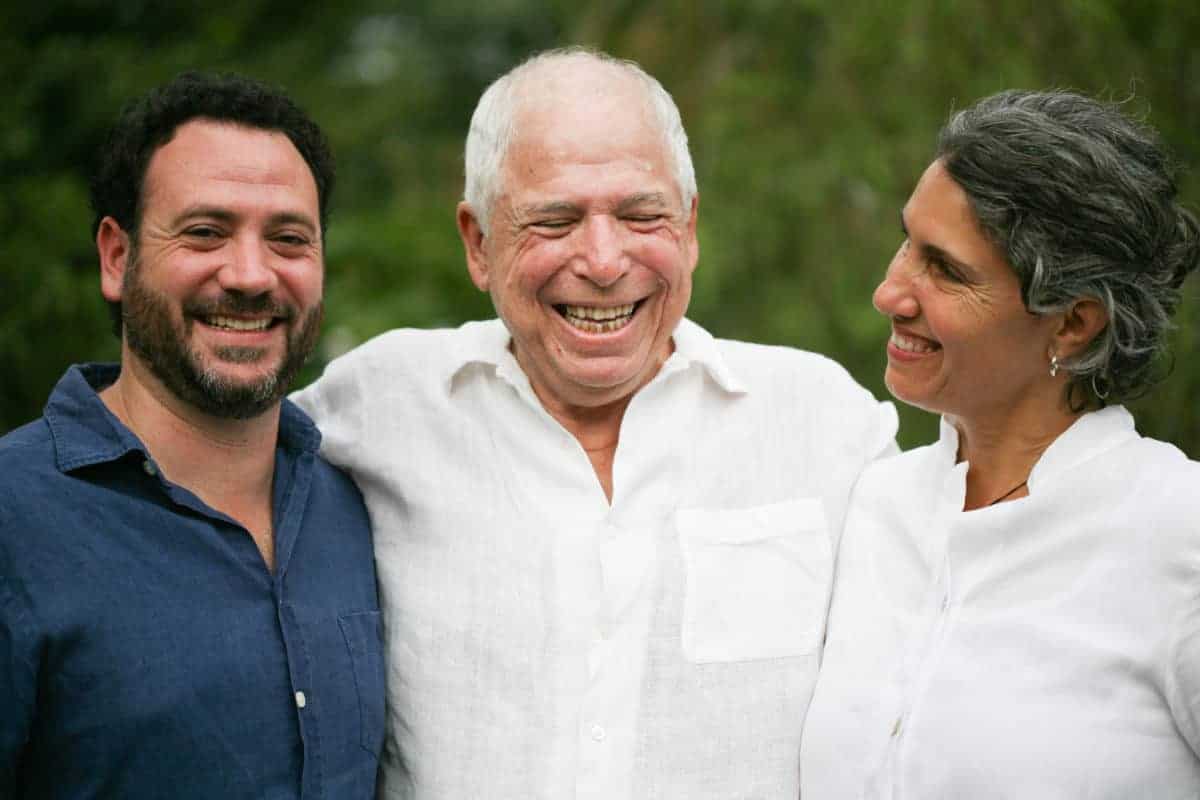 It was 2011. I had been on a search to end psychological suffering since the age of 17, seeing psychologists, psychiatrists, working hard, not working at all, travelling, having sex, trying drugs, journaling, meditating, and the list goes on. I was now 31 years old, and my search was over.

In 2009 I had met Eli Jaxon-Bear; an author, spiritual teacher and master of clinical hypnosis and NLP. In our first meeting, he had revealed what I recognized as the answer to everything I had been searching for; that psychological suffering was the result of the misidentification of our identity. In other words, believing the story of who we think we are in our minds is a trance of suffering, and the root of all psychological pain.

For me, this was an enormous moment in my life. A turning point. I realized that every day I indulged a sad and scary story of “me.” I felt deficient, terrified of the unknown future, and like a failure in the eyes of my friends, family and society as a whole.

Eli invited me to stop telling the story. In an instant, my mind stopped, and an enormous, endless open space of silent conscious presence was revealed, free of any story. “Wow! I really am already free!!” I found myself realizing I had always been free. I fell at Eli’s feet in deep gratitude for his role as teacher and guide, and his ruthless pointing beyond mental concepts, to the deeper silent truth of who we are.

Here I am at a retreat with Eli in 2011, and a questioner gets up to speak to Eli on stage in front of the group of 60 or so people. This sweet, delicate, young lady from Queensland Australia, explained to Eli that she had realized the truth, had seen her inherent freedom, yet she suffered from severe traumatic events related to a past abuse of some kind. Doctors had diagnosed her with PTSD – Post Traumatic Stress Disorder. She had flashbacks, nightmares, and physical symptoms related to her mind reliving this past trauma.

I remember feeling anxious. “How is Eli going to deal with this one?!” What I witnessed was burned into my memory. I have not seen mastery like this before. Eli, using what I now know as clinical hypnosis and NLP tools, first induced a trance, which to me looked more like had her relax deeply and let go of her conscious mind. He then asked her to imagine that Eli and her were walking into a movie theatre together, and asked her to imagine putting this traumatic event onto a movie screen as if it were a short movie.

He then had her play it in different modes; with a music backing track; playing it backwards; at different speeds; and then finally to have her enter into the traumatic memory and relive it differently. To help the young girl in her memory, to change the memory. To learn from it, and make it different, make it a learning experience.

Without ever saying what the trauma was, without revealing the content or the context of the trauma, Eli was able to lead this woman herself to alter the memory, change it, rewire it in the brain, and learn what needed to be learned in order to let it go, or let it be finished in some way.

It was one of the most inspiring things I have witnessed in my life. In all it took maybe 15 minutes at most, and I saw more healing in this 15 minutes than I had seen in myself after years and years of counseling and talk therapy! I almost didn’t believe what I had seen, considering how many people see therapists all over the world, and the results seem to be so mixed and certainly not as dramatic and fast as this.

I felt compelled to know more and it encouraged my desire to be an agent of change in this world. It inspired me to be a helper, a guide, to those who are like I was – searching for happiness, searching for peace, fulfillment and love. Now I had found this profound combination of spiritual enlightenment – ego transcendence and Self Realization – waking up from the trance of “I”, of ego; combined with the skills of clinical hypnotherapy, NLP, the Enneagram of Character Fixation and Eli’s gift of his teaching of being a True Friend.

Soon after I started practicing trances on fellow students at Eli’s retreats, as well as on family and friends. Under Eli’s guidance, and attending several retreats per year, I became proficient enough to warrant certification by the Leela Foundation as a Leela Therapist and Mentor.

After receiving certification, I started my own private practice in Sydney Australia, offering 1 on 1 sessions to those seeking freedom from psychological suffering. I also take groups focused on waking up from the trance of suffering in Australia and New Zealand.

For me, being on a “spiritual path” and wanting to live a life devoted to happiness and love, I felt disenfranchised from the 9-5 working environment. I wanted to work in an area that involved helping people, and helping the world. This training was the manifestation of this desire, and allowed me to run my own practice, set my own hours, while devoting myself to freedom and happiness for all beings.

Eli’s combination of awakening, and learning and mastering skills to actually be effective in helping individuals and the world is so valuable, I don’t feel I have the capacity to express in words the enormous change that it has effected in my life, and the many other lives to whom it passes on to through my sessions.

Now I have the good fortune to train people who want to become therapists and helpers and guides for the world. This teaching of Eli’s is alive, and lives and breathes through those who are ready for it and are called to something real and profound.

I invite you to stop telling any story, open your mind and heart, wake up from your own trance, and be a support to the world.