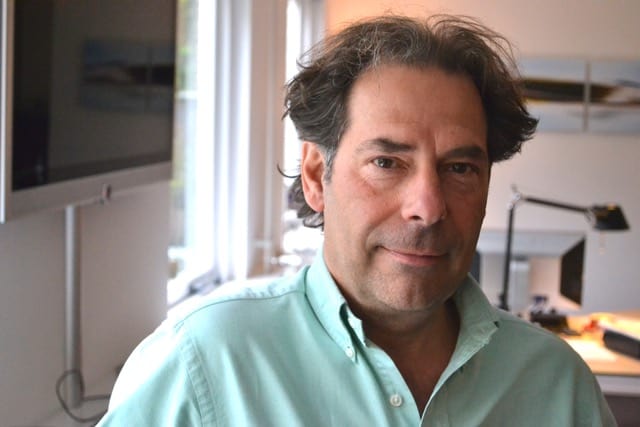 Robots are stepping out of science fiction fantasy into the reality of humans. Japan has the scoop of the first human-robot marriage. Europe considers civil rights for robots. Technicians all over the world are developing robot dolls with sensitive skin and ‘real’ facial features. These dolls will become our techno-slaves. But as they, with the support of artificial intelligence, transform into humanoid robots; who will then be slave and who will be master?

But man is not a robot! Every person is unique and has free will. Isn’t it?
Consider for example the use of computers, smartphones and tablets. What appears on the screens sucks our attention in, and in no time we are in trance. Exaggerated? Just ask a motorist who caused a fatal accident by peering at his smartphone while driving, if he is still able to report.

Illusion
We keep these electronic pixels in place of reality because the speed, the images, the sounds and the vibrancy of what appears on the screens equals what occurs between our ears. Our thoughts, beliefs and emotions – reinforced by our endless inner dialogue – create an enchanting illusion of reality. It makes us believe that what we feel and think is real and right. Because we identify with it, we think this is what we are. Therefore being mechanical is no problem for most people.

Until it hurts, as it does in my college years. I often feel abandoned, lonesome, desperate. One day as I am crazy in love, but the girl doesn’t show up in our first weekend together, I am lost in self-pity, falling on my knees on the wooden attic floor. All of a sudden the scene turns inside out and I witness myself from behind. The deep peace and silence of this observation is so dearly familiar to me that I know, ‘This is me. Not that emotional chaos.’

Order
This marks the start of all kinds of attempts to create order in myself. Many years in an Ouspensky school, meditation, Gurdjieff’s movements, chi kung, rebirthing, the Journey, you name it. Ultimately meditation offers me the only freedom that humans have: the freedom not-to-do, not to pick up the next thought, not to follow the next impulse, but to surrender in the silence of what never moves, what’s always here. Unfortunately negative emotions and compulsive behavior still dominate the rest of the day.

The turning point, in retrospect, is the teaching of Eli Jaxon-Bear. It is in my experience a rare combination of the Enneagram ‘of liberation’, Erickson’s hypnotherapy, meditation, Papaji and silence above all. Over the years it is like a journey from outside in. At first I am so fixated that I cannot see my ennea-fixation. I spend three years researching almost all ennea-points. It becomes obvious how various people with the same enneatype have common ways of feeling, thinking and acting, and have so many similarities in body, hair style, voice, gesticulations and even in life course. I recognize various strategies of the fixations to cover basic emotions such as anger, fear and neediness which emerge from the urge to survive, to be safe, to be loved.

In daily life all this knowledge gives meaning to puzzling behavior of people at work, in the street, in politics, in my family. It’s amazing to see robot-like humans everywhere. However the imprisonment in fixation brings up compassion of my fellow man. For example when I recognize the enneatype of my son, I understand why my everlasting and forceful attempts to get him to move to action are always fruitless. Since then I am very happy to apply an approach that takes ‘his machine’ into account and causes no harm anymore. Actually it changes me from a serious father into a loving friend for my son.

Relief
When I finally recognize my fixation I am astonished to see that certain beliefs and behaviors which I thought uniquely belong to me, are simply described in Eli’s book, ‘From Fixation to Freedom’. ‘Speaking the truth’ in Satsang stimulates me to ‘overhear’ myself. It reveals how I feel and think via well-trodden paths leading to predictable, boring outcomes. And how they originate in hidden beliefs controlling my life. As if a robot is inside me. These discoveries give me such relief – ‘I see this for the first time, but I am doing this already my whole life!’

Despite ongoing attempts to overrule, the fixation is losing ground and what remains is existence of some ‘me’ in harmonious space. It leads to new insights like that sunny early morning at the beach where I expected to meet my wife. But the beach is empty to the horizon. The situation calls on the moods at the time of my college years. In no time that heavy emotion of being so utterly lonely penetrates my cells. Instead of losing myself in this negative energy like this used to be, I focus my attention on not moving body and mind. Holding on to being unmoving, I don’t express or suppress the hot, fiery desire of the emotion to possess me, but I face it, I meet it.

The encounter reveals this emotion is not something just happening to me as if a robot inside me is controlling my life. It is actually me who is pressing buttons of emotions, beliefs and opinions to come to expression. It is my choice to be a victim of inner suffering, or to be responsible for everything I feel, think and do.

Ultimately the emotion is discharging into free-flowing pure energy. What a relief, I am not in hell. I am in bliss. Looking around, feeling united with the beautiful surroundings of mother nature I know I was never alone and will never be alone. I am bliss.

Maybe this sounds mental, or like an inner war or a technique to fix something. But its none of that. Actually this ends all wars, it ends all self-made stories and it’s not a technique at all. Because there is no doing in unplugging. It is a prostration like these words Eli once spoke: ‘Don’t move. As you don’t move, you’ll meet what never moves, what’s always here. Abide to That.’